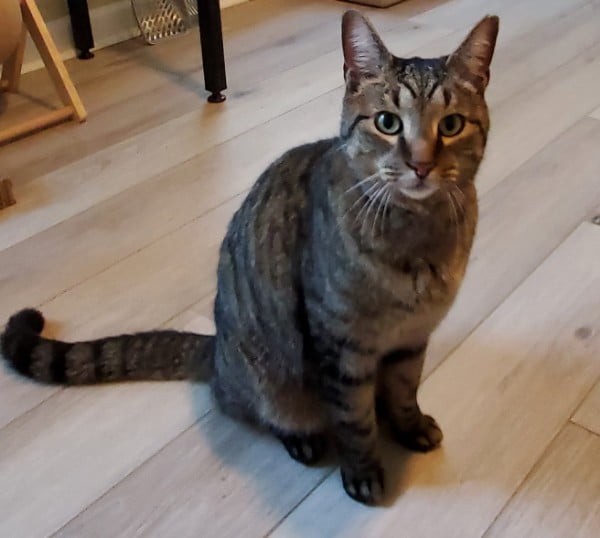 Yogi (Henry) was a stray who had been roaming the community for weeks. We were hoping he was someone’s cat, and they had just been letting him be indoor/outdoor, but when it became apparent that he been abandoned or strayed, we took him in, checked him for a chip, advertised that we had found him, and meanwhile ran the full series of tests and vaccinations at the vet. He was so well mannered and chill, it took no time at all to find him a home. He was only with us briefly, and we are glad he has found the perfect family and is now warm and safe.