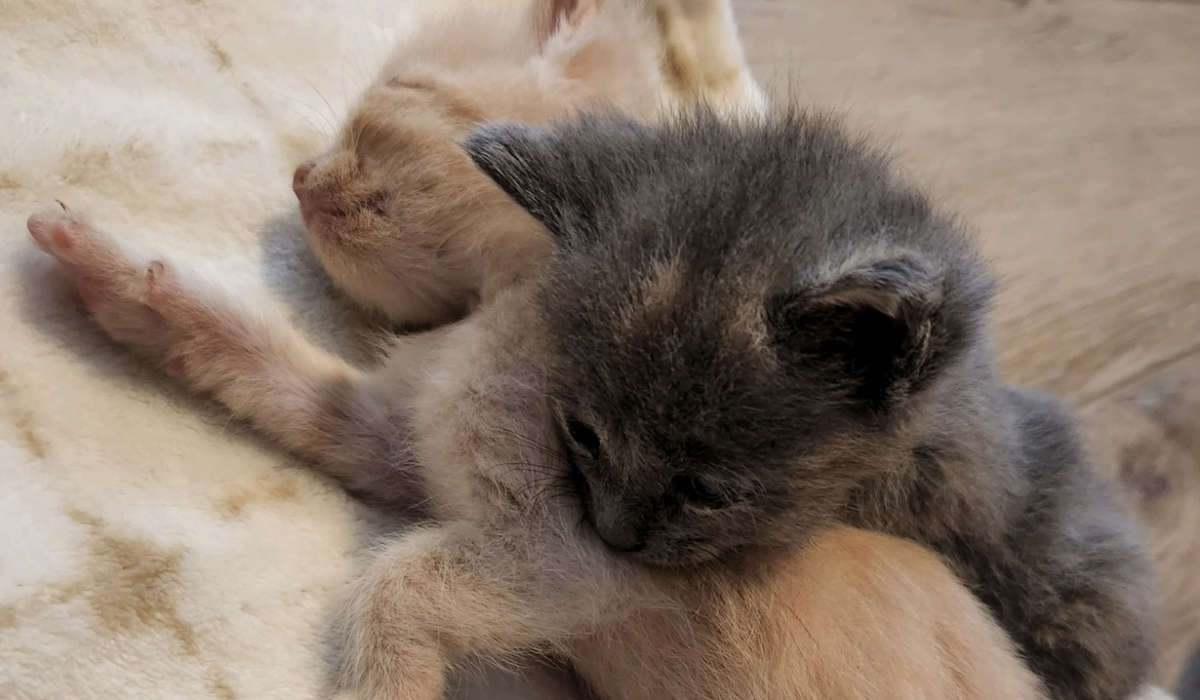 Wren and Sparrow came to me from the Faulkner Animal Hospital on July 27, 2022. They were about three weeks old. Both were extremely frail and exhibiting neurological problems, which was later diagnosed as moderate to severe Cerebellar Hypoplasia (CH) or “Wobbly Cat Syndrome.” However, they were very good eaters. As they got healthier, they enjoyed playing with each other and with another orphan about the same age. Rather than euthanize them, our sponsoring vet suggested we give them time to recover and develop. We also began to look for CH rescues.

Update: On August 19, 2022, Wren and Sparrow were transported to a CH specialty rescue in Florida where they will be given every opportunity for their happily ever after.