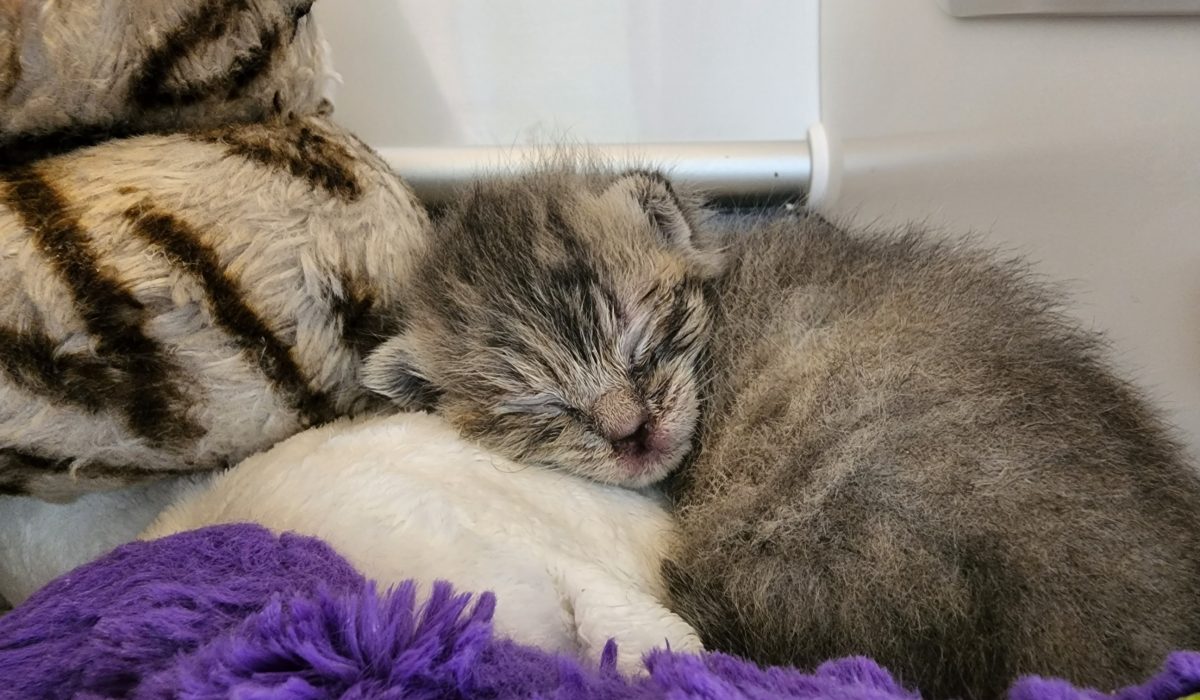 Willow came to me as a single orphan on May 11, 2022. We’ll call her birthday May 1. She was found alone under a trailer. The folks who found her looked for the mom and waited for her, but after a while they gave me a call and brought her to the house. On the medical side of things, Willow initially was quite congested, and had a serious infection in both eyes. She needed lots of care, but came out of everything well. Soon she was plump, healthy, and playful. Willow was adopted by Harvey, a six-year-old, who literally had the pick of an entire litter, and chose Willow!