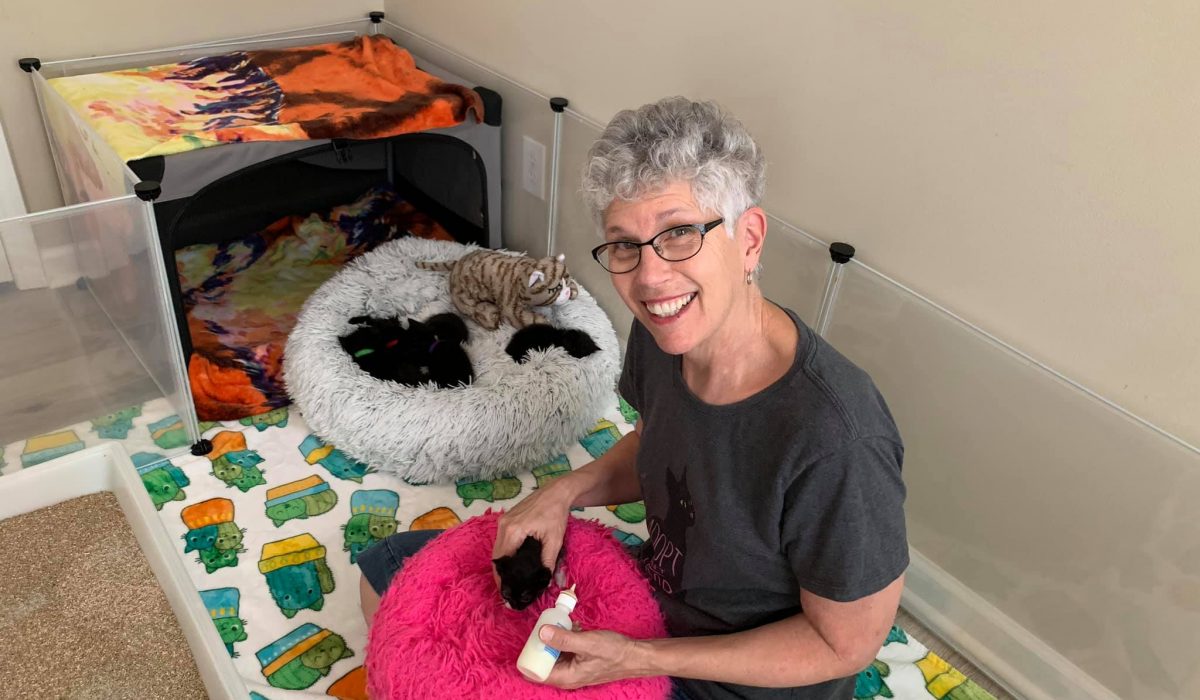 Tater, Sweet T, Pita, Mac, Cheese, Biscuit, Popcorn, and Solo: Elizabeth Newsom from Gotham City Kitties in Waxhaw, NC, called me on September 16 to tell me that the previous day she had coaxed a litter of seven kittens out of a drain by our local Showmars restaurant. The feral mom cat had been severely injured by a car and needed to have one leg amputated. The mom is recovering with Elizabeth.

Judging by their teeth, the kittens appeared to be close to four weeks old. Then, shortly after Elizabeth dropped off the seven kittens, she called to say she heard another kitten deep inside the drain and needed help to get it. It had been 24 hours since she picked up the seven kittens, and we’re still not sure why she went back, but we are glad she did.

While a fostering friend and I were bathing the seven kittens, my husband Bob drove to Showmars, crawled into the drain pipe, and played kittens meowing on YouTube on his phone. Bob could see a kitten staggering out of the dark through the spider webs toward the meowing, but when the kitten got close enough to realize it wasn’t the rest of the litter, it stopped. Bob figured he had one chance to get it, and quickly crawled forward to scruff the kitten and then crawled backward out of the drain. We named that kitten Solo because he had survived over 24 hours on his own in the drain. All eight kittens were adopted in pairs!