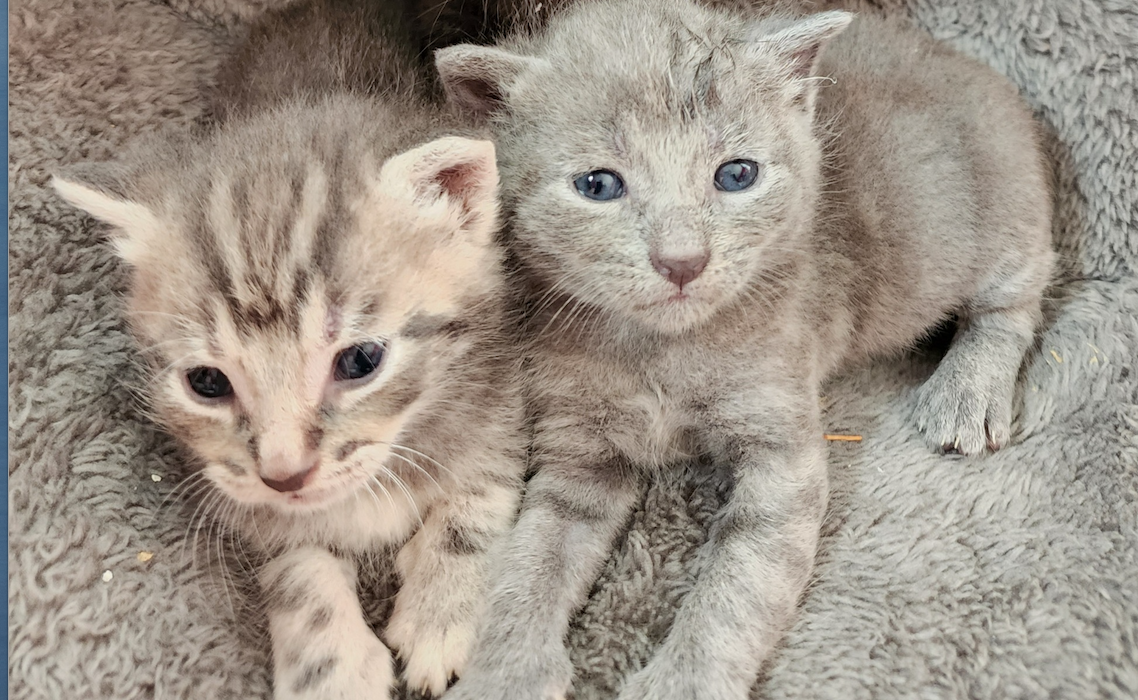 I get most of my orphan kittens from the Lancaster Animal Shelter. Sometimes we drive to the Shelter to get the kittens; other times we meet staff somewhere on their commute home after work. The North Corner Discount Beverage and Gas Station is about halfway between the Shelter and our house and a convenient spot for Shelter staff member Karlie to drop off a box of kittens at the end of her shift. And, yes, it’s usually a cardboard box with a clean towel at the bottom.

On Tuesday, April 26, 2022, at 5:30 PM, Karlie handed off four kittens in a box. They looked to be about 10 days old. She and other staff cared for the kits through the day, fed them, and even gave them a bath. As far as we can tell, we have four boys – all named after something to do with gas station snack food or just gas stations: Taco and Nacho are the two gray kits. We had to put different colored whelping collars on them to tell them apart. By the way, we put collars on both of them because they keep wriggling out. You just hope they both don’t wriggle out at the same time.

The tabby boy is Chip – as in potato chip. Chip is the smallest of the four. And then there is Tank – the panther – big, strong, vocal, and feisty. Definitely a full tank.

These kittens will be old enough to leave for their forever homes mid-June.