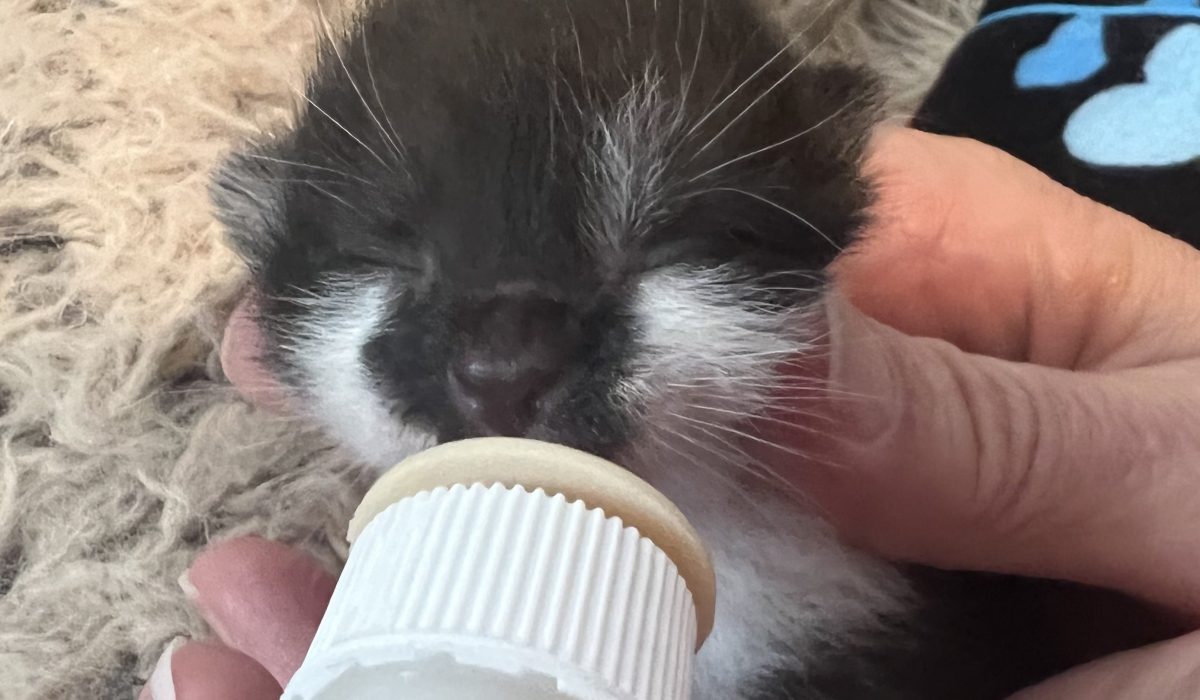 On May 12, 2022, the Mining Road Litter of five were found in a trash bag at the Mining Road Landfill in Kershaw. The truck driver heard squeaking coming from one of the bags in his load and found the kittens. Yes, it’s sad that someone threw away live kittens as if they were trash. But then there was someone who valued them enough to get them to the Lancaster Animal Shelter.

The kittens were about 3-4 days old when they came to me from the Shelter on May 13. They looked to be healthy and were good eaters, but so much can go wrong in those first weeks. And if you have been following my fostering journey, you know some stories end here – Mouse, Ranger, and Coco come immediately to mind. But every feral and foster is valued, and each of their lives has meaning. So, rather than focusing on their sad beginning and of what little value they were to whoever threw them away, I’m gave the Mining Road Litter precious stone names: The three girls are Pearl, Ruby, Jade; and the boys are Onyx and Jasper.

Their story might well have ended on May 12, but it didn’t. In the weeks these little travelers are with me, I look forward to writing a few words in the early chapters of their story. But my real joy and my greatest reward is following their happily ever afters as someone else’s treasure.