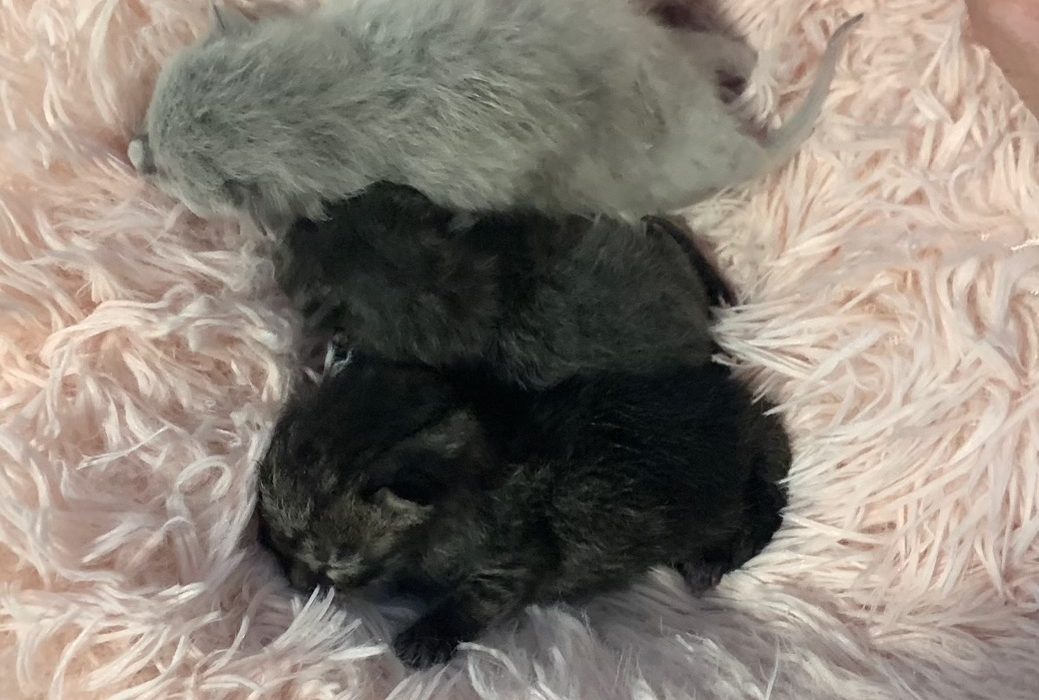 The Machine Shop litter came to me from the Lancaster Animal Shelter on April 11, 2022. My guess is they were born on April 9. They were discovered by workers at a machine shop in Lancaster with no mother cat in sight. And all three kittens were covered in grease, so the first thing they got after arriving here was a bath in Dawn Dishwashing Liquid – “Cuts through grease, but easy on your kittens.” Dawn is pretty much a standard for rescued waterfowl caught up in oil spills, and works just as well on greased up kittens. I didn’t have to worry about getting soap in their eyes because their eyes won’t open for at least another week. Anyhow, one boy and two girls is as close as I can tell (April 12). The Shelter suggested names from the musical Grease! So, we have Sonny, Rizzo, and Frenchy. One is a dark gray tabby, one a medium gray tabby, and one is just light gray. The joke is the machine shop printer must have been running out of kitten ink. More to follow as their story continues.