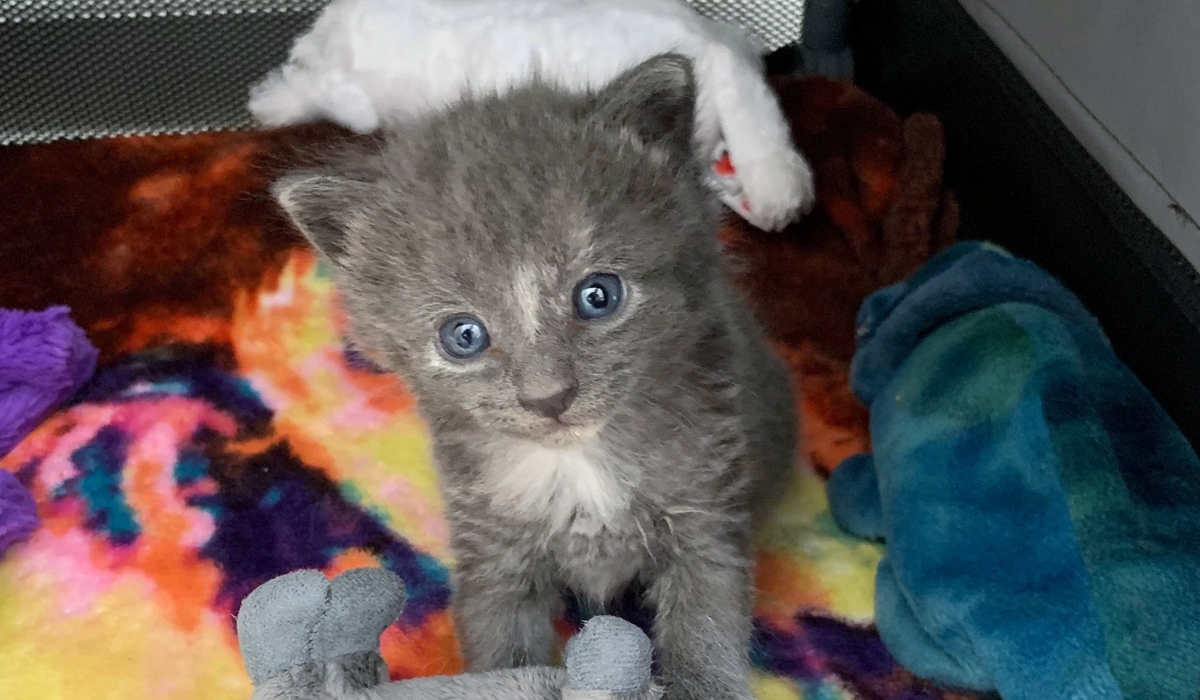 In the spring of 2020, we had a massive storm system come through. Power was out all over this section of South Carolina, and numerous trees were down. The Lancaster Animal Shelter called to ask if I could take in three abandoned kittens from a family in Kershaw County. The kittens were found together at the end of their driveway in a pile of storm debris. No mother in sight and no sign of other kittens.

I met the the mom of the family in Lancaster, about halfway between our home and theirs. The kittens were young, but it looked like their mother had taken good care of them. As I was giving them a bath, I noticed something I had not noticed, but should have when I first inspected them. Two of the three kittens, Scooter and Cricket, had extra toes. I had two “Hemingway” kittens. Scooter has “mittens” on both front feet and an extra toe on one back foot. Cricket has an extra toe on all four feet. Hopper was five toes up front and four in the back, like a normal cat.

When we introduced the Kershaws for adoption, we got a lot of interest immediately, which seemed a bit odd. We did a little research and discovered that Hemingway cats are in high demand for disreputable breeders. It’s actually in the adoption contract that all adopted kittens must be spayed or neutered. So, we put the word out that we would not adopt out Cricket before she was spayed or Scooter before he was neutered. That stopped the swarm of interest.

Nevertheless, along come Andre and Tatiana. No kids at home and never had cats. Both were in love with Scooter and Hopper, who are very bonded. We visited their home, which looked like a model home with showroom furniture and was impeccably decorated. Our first question was, “Do you know what you are doing? Your home will never look like this again.” They did know what they were doing, and their home has not been the same. Scooter and Hopper could not have found better people.

Cricket went to a home with Annie, the world’s sweetest, cat-friendly Schnauzer. The videos of Cricket and Annie playing are hysterical.

And all of the Kershaws are certainly living their happily ever after.