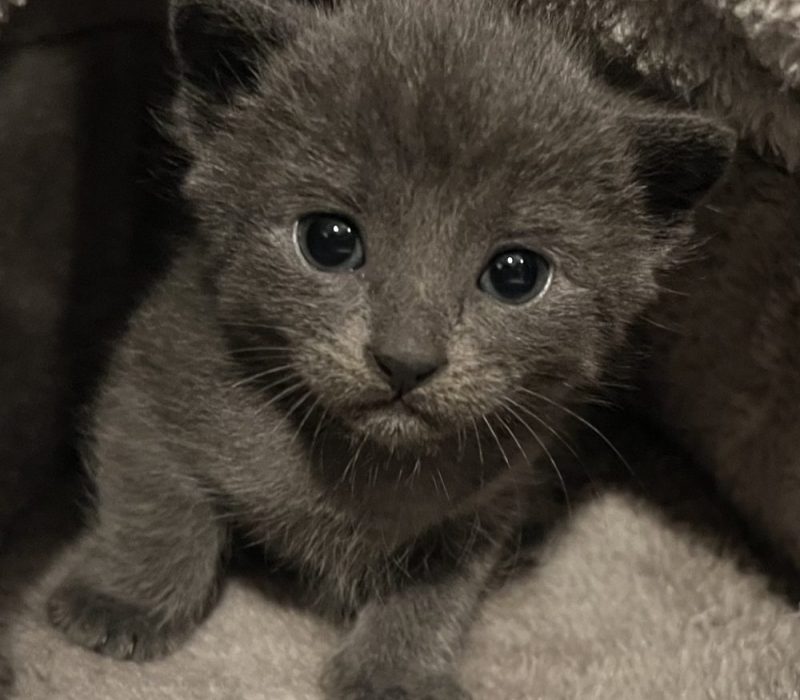 Bianca, a very young supported feral, had four babies. She and the kittens came to us on September 22, 2022. The Lancaster Animal Shelter called on September 26 with two abandoned newborn orphans. As we have learned from past experience, mom cats can’t count. The kittens’ names are Merry, Pippin, Sam, Rosie, Strider, and Rohan. Strider and Merry were adopted together. Rohan was adopted as the companion for a cat-friendly dog. Pippin is the companion of a year-old cat.