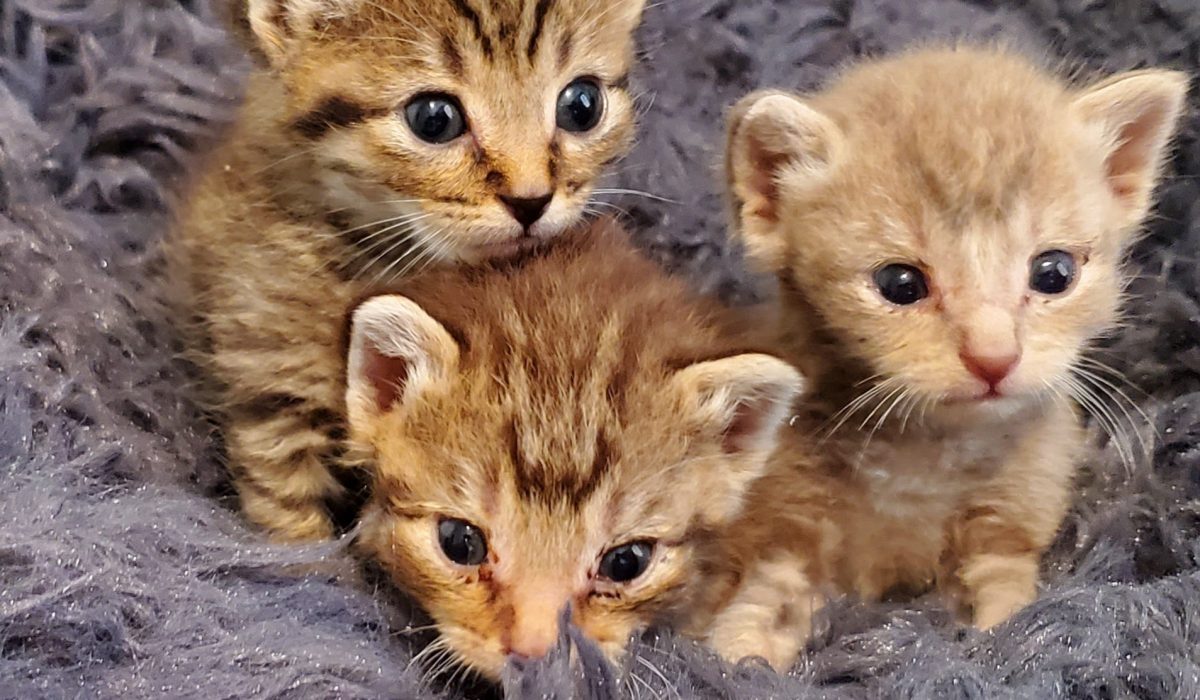 The Boxcar kittens – Willie, Jessie, and Violet – are orphans by way of the Lancaster Animal Shelter and the Faulkner Animal Hospital. On October 14, 2021, a Lancaster homeowner heard the kittens crying under his house. He waited most of the day for the mom cat to return, but when she didn’t, he boxed them up and took them to the Faulkner Hospital who called the Shelter who called me.

Their teeth indicated they were between 2-3 weeks old, but their weight was about that of week-old kittens. So they were all dangerously underweight, dehydrated, and even more sadly, flea infested. First order of business was calories, hydration, and baths. One of the three kittens (Jessie) responded quickly, but it took nearly 48 hours for the other two to perk up. I wasn’t confident those two were going to survive, and although they are all doing well now, there could still be a few setbacks ahead. But, as always, we deal with setbacks as they present themselves. One of our very encouraging supporters suggested the Boxcars as a litter name since they came to me in a box. And, yes, I know Willie isn’t the name of a character in the Boxcar Kids book series, but we couldn’t pass up the opportunity for the name Boxcar Willie.

Jessie was adopted within days, and will share her happily ever after story with a Labrador Retriever. We look forward to sharing those pics. Willie and Violet were adopted together!