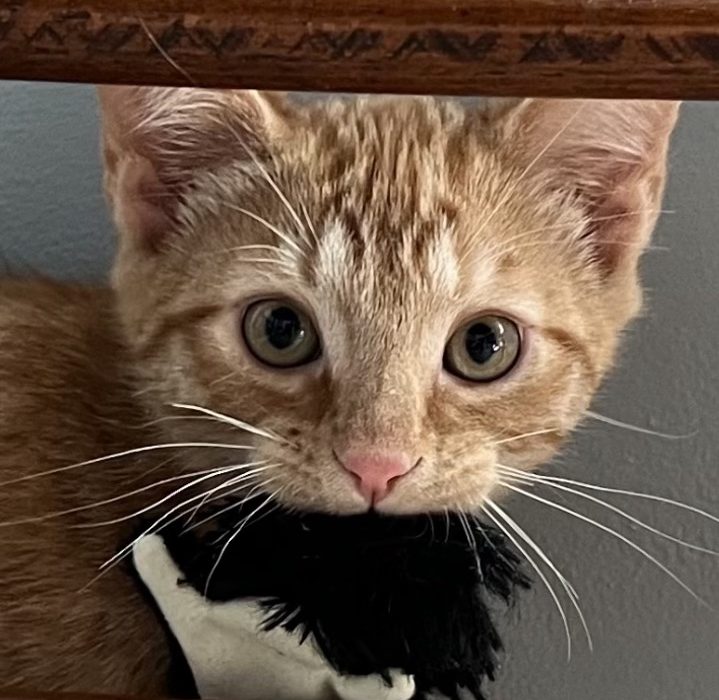 The Band of Brothers (Surrendered)

Buck and Tab (character names for the series Band of Brothers) are orange tabby brothers from a Tega Cay litter. They came to me on January 8, 2023. Mom was either a stray or was abandoned, but she was friendly and pregnant when she was taken in by a kind family back in October. The great news is that mom and the other kittens in the litter were adopted.

Buck and Tab had a strong bond. It was interesting to watch them communicate with each other as they encountered unfamiliar situations. We could see their comfort and confidence grow as they explored the house together.