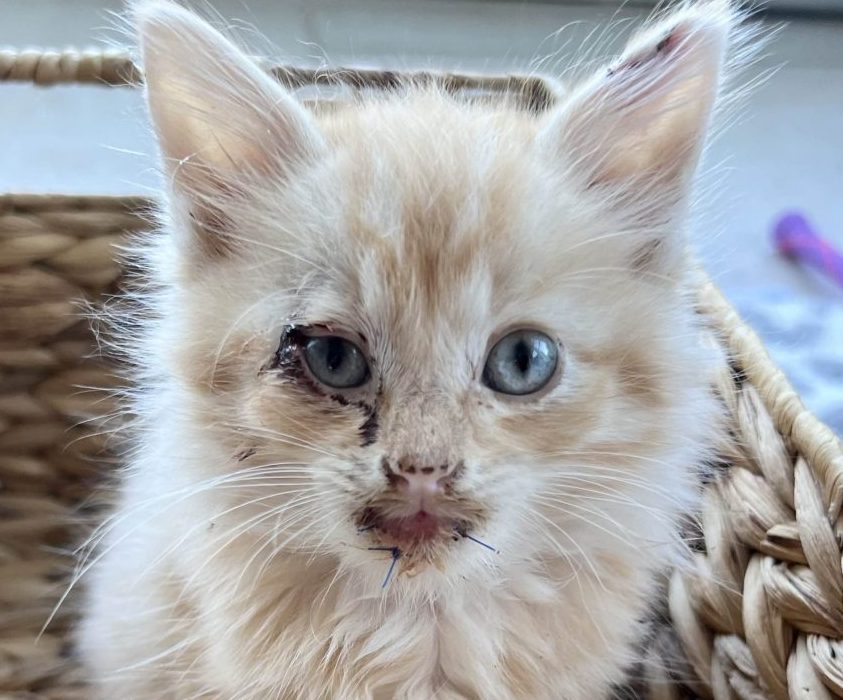 On September 22, 2022, Stitch was rescued along the side of a road in Lancaster, SC, after being hit by a car. He was brought to the Faulkner Animal Hospital who called me. Stitch was about six weeks old, and as you can see, among other abrasions, he had stitches in his chin. But Stitch healed quickly and was very friendly. He was also very vocal!!! He was adopted within a few days and left with his forever family shortly after his followup vet visit.