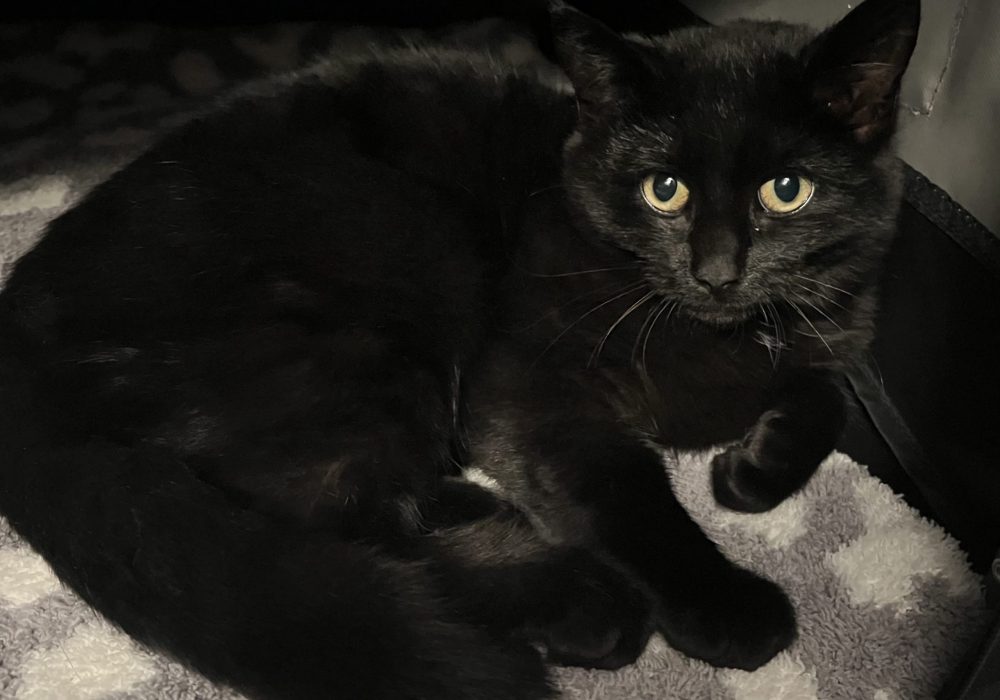 Shadow was living in a drain in the woods in a neighboring community. One of our adopting families saw him with another cat (Shade) we all assumed was his mother. We have no way of knowing. Shadow was about six months old when we caught him on December 4, 2022. His fur is silky smooth, and he was very wary, but followed his “Mom” like a shadow; hence, the name. He is also, as you can tell from his picture, a classic void panther. Update: After only two weeks with us, Shadow was adopted with Shade. He made great progress while he was here. Have a great life, Shadow.