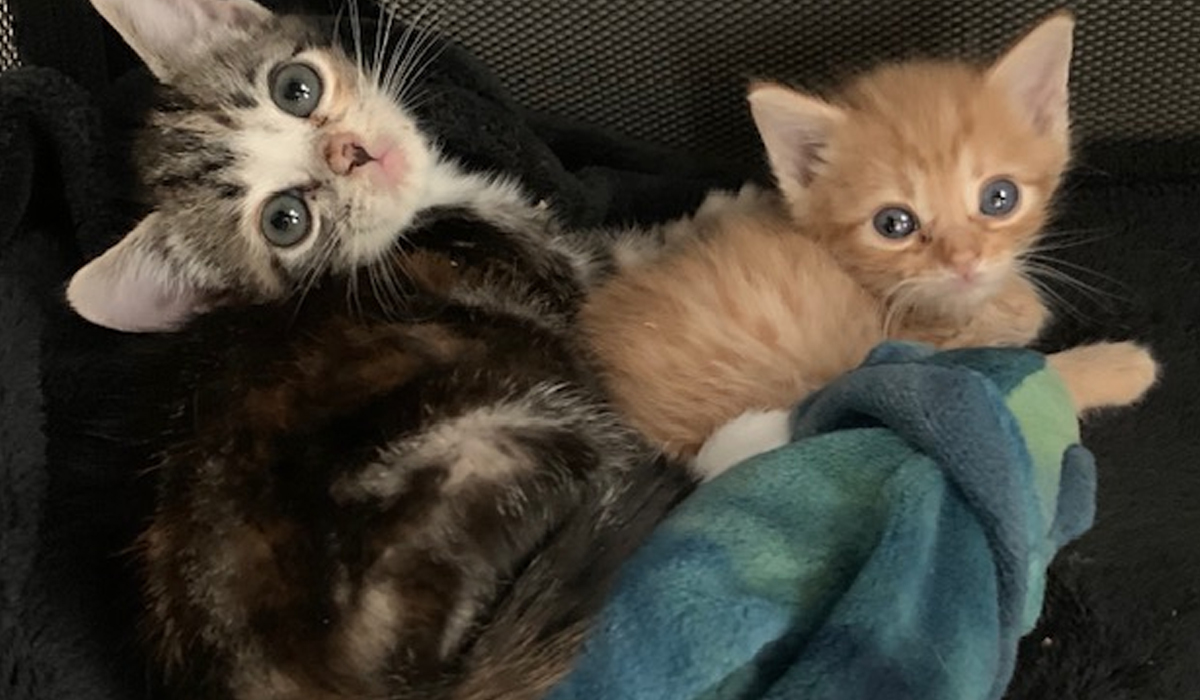 Rusty came our way from the Lancaster Animal Shelter as an abandoned orphan. He was perhaps two weeks old, very small, had fleas, and required bottle feeding. With no mother to keep him clean, he smelled awful. We kept washing him and combing him out with a bottle brush, but he stayed a mess until he started grooming himself a few weeks later. During those first weeks, during feedings, he got as much milk on him as he did in him. So, between baths, he smelled like pee and sour milk. But he was scrappy and cute. That he had going for him.

A day or two after Rusty arrived, just when we thought we couldn’t come across a more pathetic little creature, Daisy came our way. She was perhaps three weeks old, and for the last two weeks had been fostered in a cage with older kittens. Being much smaller than her cagemates, she could not compete for food and was nearly starved and was severely dehydrated. In fact, she had been living and sleeping in the litter box in the cage. Out of necessity, she must have weened herself a couple of weeks before she would normally have been weened. It was a wonder she survived. Her eyes pretty much told the story.

Initially, we had Rusty and Daisy in separate open crates in the foster room, but Daisy immediately found her way into Rusty’s crate, and that was that. From that moment, the two have been inseparable, which is perfect because they were adopted together and get to be main characters in each other’s happily ever after story.