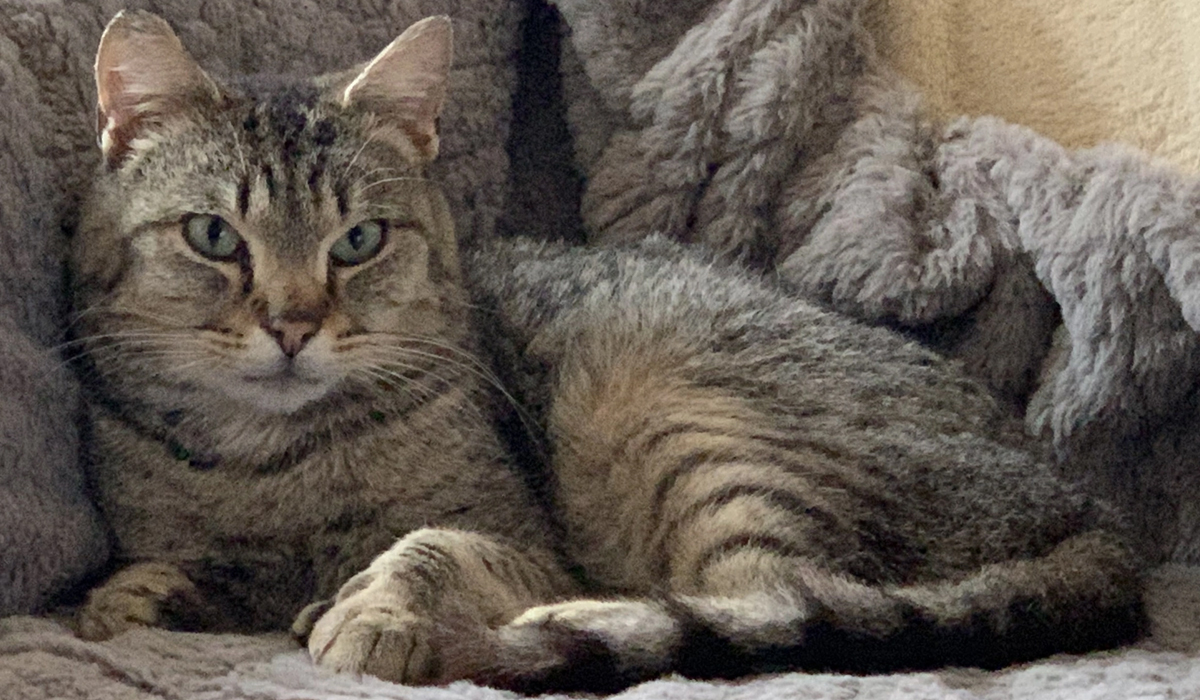 Rocky II was a bit of a surprise. Well, more than bit. The original Rocky (Rocky I) had escaped the foster room nearly a month earlier by pushing out a window screen, and weeks later, when we finally saw Rocky I on the trail camera again, we set out the live trap. And that night we actually watched Rocky I walk back into the trap.

When we opened the trap in the foster room, we were astonished at how much weight Rocky had lost over the last month. But he was pretty calm, which we attributed to having been neutered for a month. He was due for his second series of shots, so it was off to Southern Paws Animal Hospital the next day.

But before that, my husband Bob and I had a little discussion as we examined Rocky.

Husband: “Of course it is. Look at him. Gray tabby. Same coat pattern.”

Me (carefully waving my chip reader over the cat): “No, it’s a different W on his forehead. And, umm, no chip. This is not Rocky.”

Husband: “Has to be. The chip reader is wrong.”

— Flash forward to the next day at the vet —

Southern Paws Vet Tech (with a chip reader in hand) when she opens the crate. She looks in: “That’s not Rocky,” she states, and then waves the chip reader to confirm. “Nope. No chip.”

Me (waving a chip reader over the gray tabby we just caught in the live trap): “This is Rocky.”

And that’s how we got Rocky I and Rocky II, both of whom were adopted into great homes.