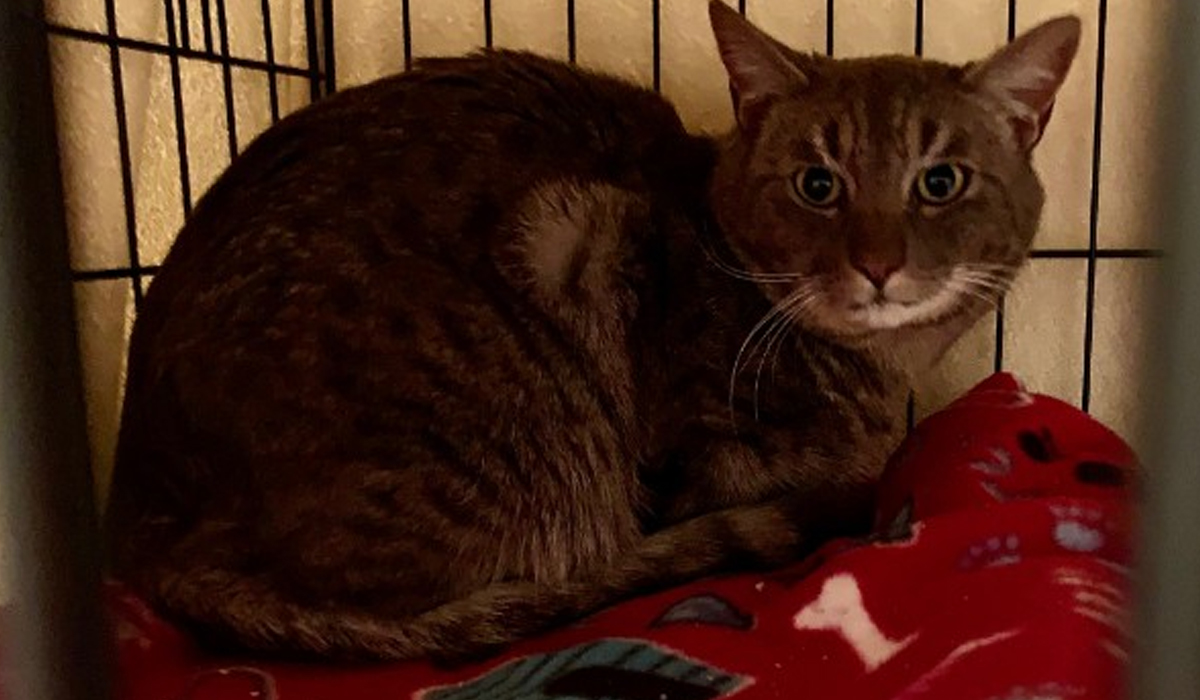 We caught Rocky in a live trap on our back patio. He was not happy about being caught as you can see from his photo. We took him to the Southern Paws Animal Hospital the next day for a check-up and neutering. At the vet, he gave off a vibe that he probably could not be handled safely, so they sedated him inside the crate by covering it with plastic and pumping in the gas.

Over the next two weeks, Rocky ventured out of the crate a few times for food and to look around the room. We left the foster room window open so he could sit on the ledge to get some fresh air, and one evening during a violent storm he pushed out the window screen and escaped.

We searched frantically and put food out, but didn’t see Rocky again for weeks. When we did eventually see him on the patio trail camera, we set the trap out and caught him. Or so we thought. Please refer to the Rocky II story.

Eventually, after two months away, we caught Rocky I again. Whether he was just grateful to be back inside or was more calm because he had been neutered, we don’t know. But this time around, he adjusted much more quickly to inside living, and within a few weeks totally turned in his feral card.

Rocky I is living his happily ever after in our community with a very nice lady and her very domestic cat.