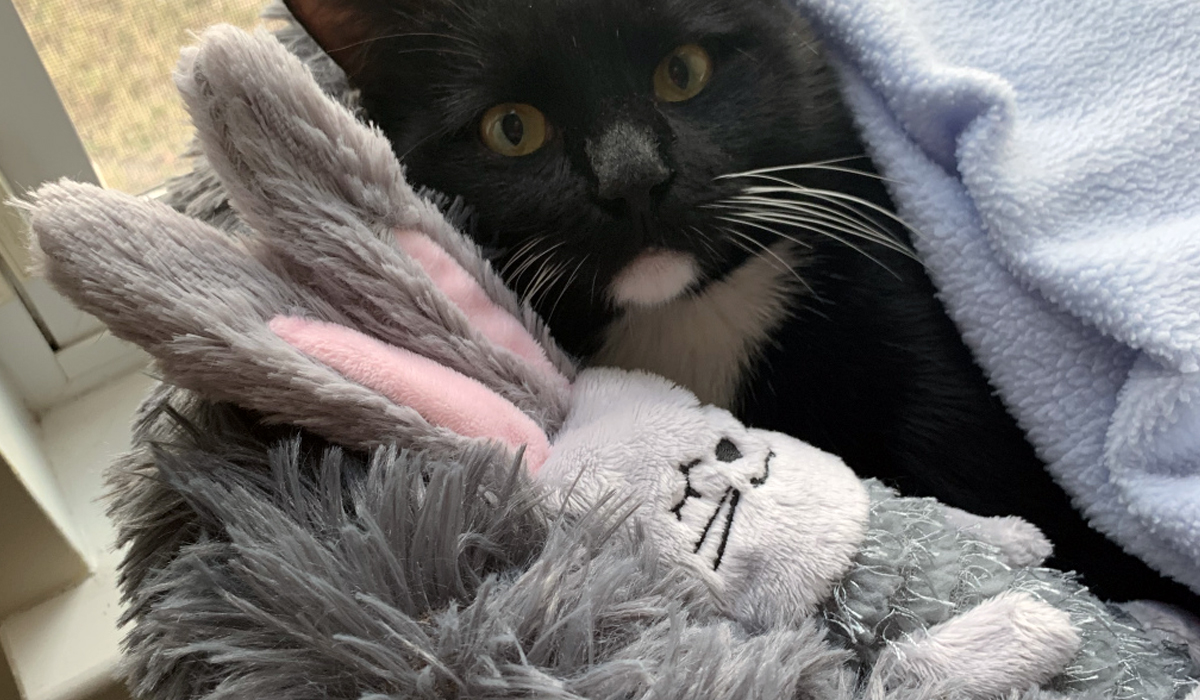 In November of 2019, we were feeding a tuxie feral every evening on our back patio, but could never get near him. Since the tuxie was fairly regular in his feeding routine, and we were expecting very low temperatures, we decided to see if we could trap him. The first few hours after we put out the trap, the tuxie walked right in, and so began a new chapter in his life. We named him Riley because after living the life of a feral, he would now be living “the life of Riley.”

That week, we had Riley neutered, chipped, tested, and vaccinated. The vet believed him to be between one and two years old. Although Riley bit my husband Bob pretty much every day for the first two weeks, he became a loving lap companion and was adopted by a couple with a heart for ferals.

An interesting chapter in Riley’s life is that one evening soon after he was adopted, he somehow escaped out the door. We and the family searched frantically for Riley that evening and all the next day. Since there was no sign of him, we figured that, being feral, he would go back to his feral ways, but at least he was neutered – no more baby-making for Riley. Well, about 11:00 the next evening, Riley’s adopting mom opened the front door, and there he was on the front patio. She said Riley did not simply walk into the house, but ran in. Now there’s a feral who has turned in his feral card. Good job, Riley. Welcome to the next chapters in your happily ever after story.