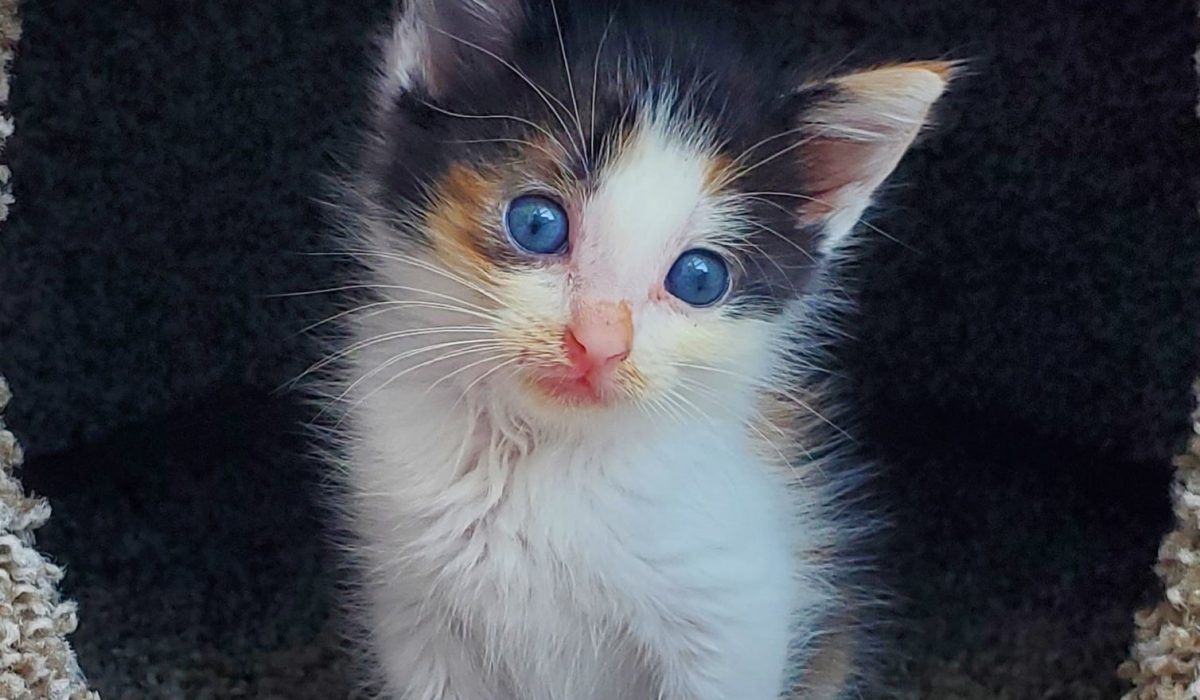 Piper was adopted to a home with a dog, Angel, a very cat-friendly Yorkie. Piper came to us from the Lancaster County Animal Shelter as a single orphan on June 21. She was picked by Animal Control alone on the side of the road. That’s all the backstory we have on her. We named her Piper because on the ride from the Shelter to our house, she screamed the entire way. We said, “Wow! That kitten has pipes!” Hence, Piper.

Looking at her teeth development, we determined her to be approximately three weeks old. And yes, she had a little bit of a feral streak, which was adorable in a kitten so small. So needy, yet so ferocious, but the defensiveness went away in a few days after she felt safe.

Back to Day 1: The very first thing we did is what we always do on intake, we gave her a kitten shampoo bath. Oh, those fleas! Next day – another bath. No more fleas. She must have been fending for herself because she had no problem eating on her own, and, in fact, pretty much refused a bottle. Also on the first day, she climbed in the litter box. So, three weeks old, weaned, and litter trained. Young, clever, and cute, but we watched her carefully and weighed her several times a day to be sure she was getting the nourishment and hydration she needed.

At five weeks old, Piper was precocious and independent. She sought out human interaction and physical contact. She played with toys on her own (and with us) but when she got tired, she waddled back to her bed and put herself down for a nap. Because we got her between foster litters, (until Poppy came to us) Piper was actually the first kitten we had had who didn’t have a playmate of similar age. It will be fun to hear updates on how she is doing with Angel, her sister Yorkie.

Hobie and Osa (Orphans – not related)