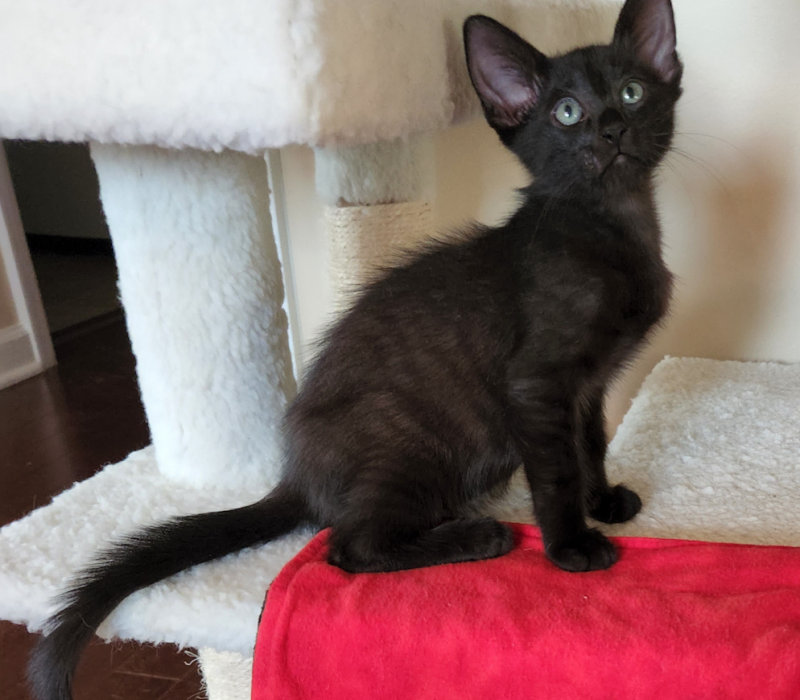 Malcolm came to us on July 1, 2022. He was about seven weeks old, so we have estimated his birthday as May 15. He was rescued in the median of a busy local highway and brought to the Indian Land Animal Hospital. They treated him for some fairly deep abrasions on his head, probably from being tumbled by a car. Being feral, he was at first a little skittish, but is otherwise friendly and healthy. By the way, we discussed other names before settling on Malcolm, as in Malcolm in the Middle – in that he was rescued from the middle of a highway. We considered Roady for obvious reasons, and Dusty, as in Dusty Rhodes the professional wrestler. The Cheryl’s Ferals and Fosters Facebook group strongly preferred Malcolm, so Malcolm it is.