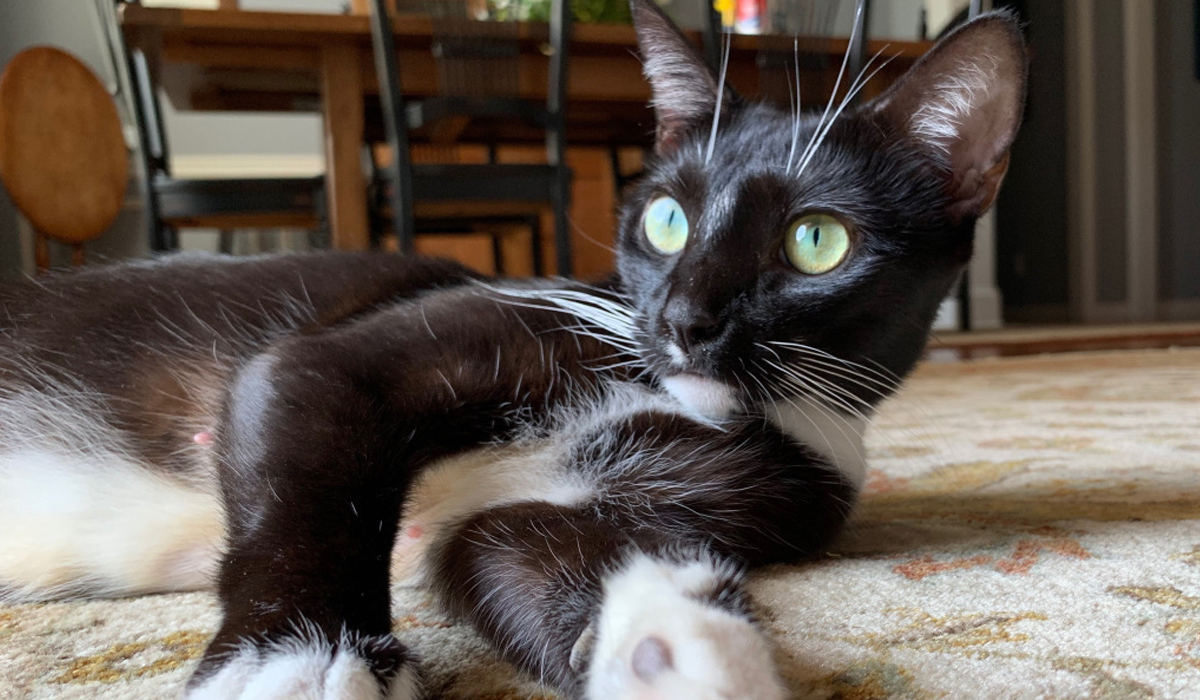 Kiki was an owner surrender to the Animal Shelter in July of 2019 because she was pregnant. She soon gave birth to seven kittens at the shelter. We picked up Kiki and her seven kittens the next day. Unfortunately the smallest kitten, Mouse, did not survive. The other six kittens flourished and all were adopted to loving homes. Kiki was adopted out as well, but her owner, who was an older lady living alone, tripped and fell over her a couple times as Kiki was trying to rub against her legs. We took Kiki back, and she was ultimately adopted into her perfect forever family. She now has a brother, a former feral named Lynx that she loves playing with. Kiki’s six surviving kittens were Smoky (now Maddy), Socks (now Kinley), Panda, Max, Bella, and Abby. There are many pictures of these beautiful kittens in our gallery.