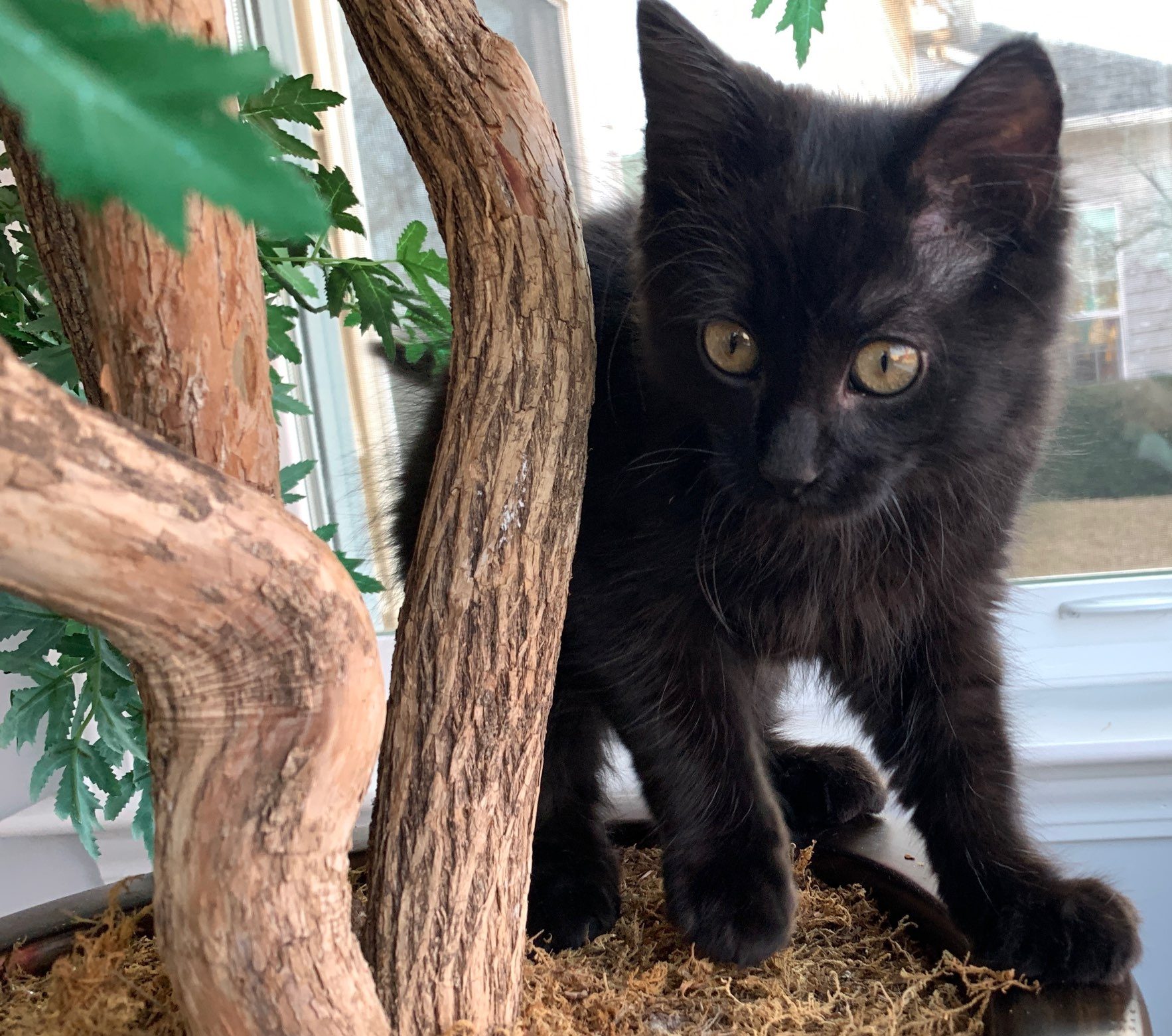 Elvis was a feral single orphan who came to us on January 9, 2022. A resident in our community called one evening to say she had a kitten locked in their garage, and asked if we could catch it and foster it for adoption. We searched the garage for over an hour but saw no sign of the kitten other than the food was gone. We went back the next morning at 7:30 and set a trap. By 9:00 we had caught an extremely frightened feral kitten. The husband of the lady who owned the house had recently passed away. The couple was originally from Memphis and both were cat lovers. The husband’s obituary read, “Elvis has left the room.” In his honor, that’s how Elvis got his name.

The rest of the story was a typical feral journey but in fast motion. Usually we try to find something a feral wants – often it’s food, affection, or playtime. Elvis was all three, which made it easier for him to adjust. He immediately recognized us as his food source. He loves to be touched. And he loves to play. He was about 10 weeks old when we caught him. He was a little underweight, but otherwise healthy. He was extremely intelligent and high energy, but gentle. As with all of the older ferals, it took a lot of time, space, and grace to get him socialized.

Allie and the Allie Kits