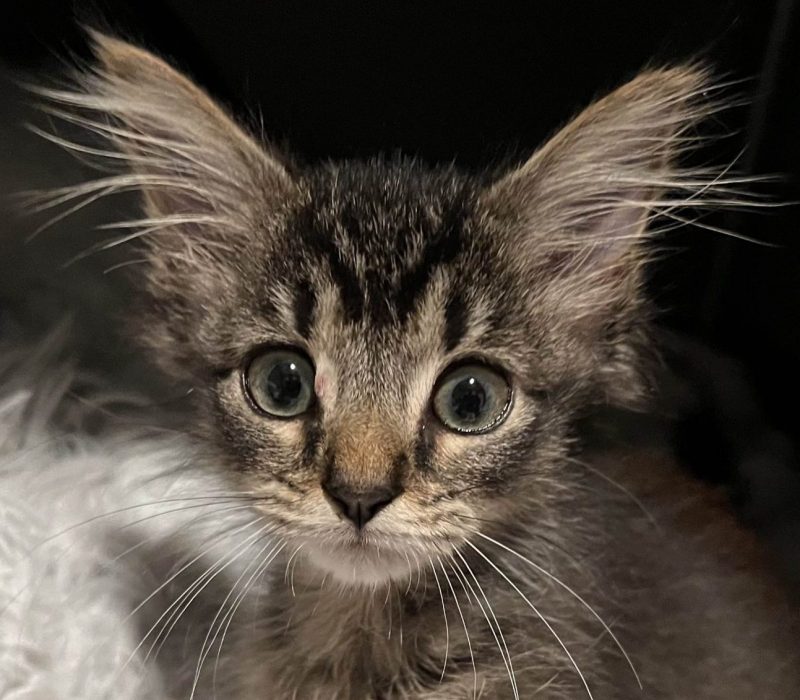 We got eLLe Bean, a feral Maine Coon kitten, on August 31, 2022. She was about five weeks old and from a supported colony with other Maine Coon cats. The rescuers are able to pet the mom cat, so eLLe had some socialization. But no more living outside for this little girl. And, yes, LL Bean’s is in Maine. After she recovered from her first vaccine and flea and worm treatment, she felt much better. eLLe was adopted within two days and left with her forever family a few days later.