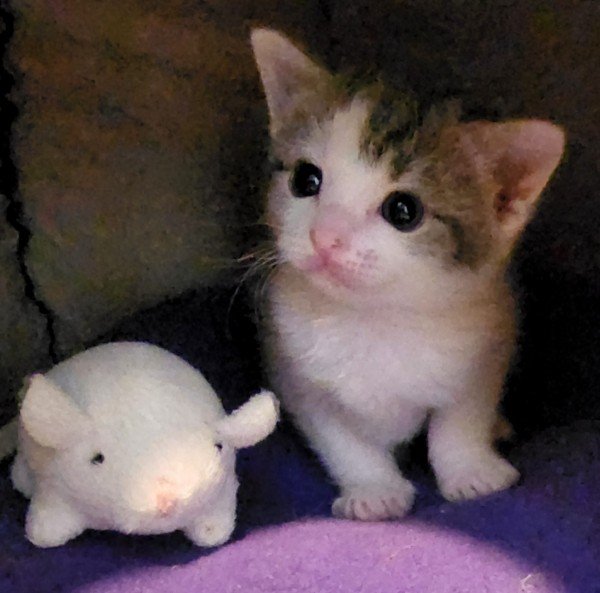 On July 8, 2022, Callie, a single orphan, was dropped off at the Faulkner Animal Hospital and then brought to the Lancaster Animal Shelter. She appeared to be about 2-3 weeks old, so we are calling her birthday June 20.

Callie was pretty typical for an abandoned summertime orphan – underweight, dehydrated, and covered with fleas. We immediately gave her a bath, through which she screamed the entire time, a sign that she had lots of life and fight. After a few days of isolation, we moved her in with three slightly older kittens. At first she was a little overwhelmed by their size and speed, but she raised her game and quickly fit in with the play, roughhousing, and cuddle naps.